Adobe just released security updates for ColdFusion 11 and ColdFusion 2016. This is a critical security update and you should be updating your ColdFusion servers. The information below is from the CF Webtools operations group. If you need help upgrading your VM or patching your server (or anything else) our operations group is standing by 24/7 - give us a call at 402-408-3733, or send a note to operations at cfwebtools.com. Meanwhile, this info below will help IT staff and DIY types get started. 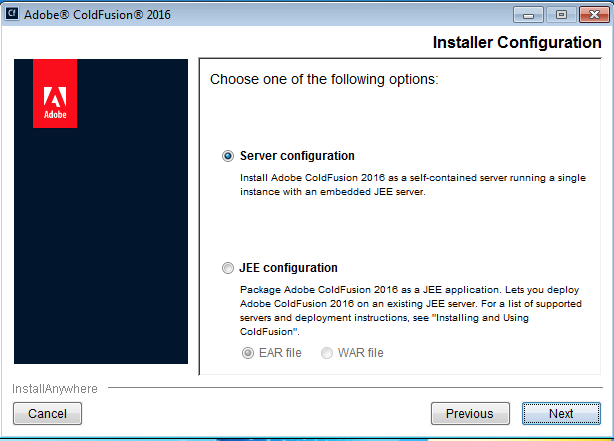 If your ColdFusion server is running on a third party JEE server such as WebLogic, Wildly, custom Apache Tomcat, etc (Not the built in Tomcat that comes with ColdFusion), then the following step needs to be completed.

Set the following JVM flag, "-Djdk.serialFilter=!org.mozilla.** ", in the respective startup file depending on the type of Application Server being used.

This is one more friendly reminder to make sure your ColdFusion servers are patched! Either patch them yourself, have your hosting provider patch them or if they are not familiar or knowledgeable with ColdFusion contact us at CF Webtools to patch your servers.

As always, if you need help migrating to the next version, scanning your ColdFusion server for security vectors or installing this patch and new Java version, contact your project or account manager directly, or send an email to support@cfwebtools.com. You can also simply respond to this email (or call 403-408-3733).

*Note: ColdFusion11 when it was first released came with a version of Java 1.7.0_nn. Adobe later re-released ColdFusion 11 with Java 1.8.0_25. If you have ColdFusion 11 still running on Java 1.7 I highly recommend that Java be upgraded to Java 1.8. Oracle is no longer supporting Java 1.7 and 1.7 is long past it's end of life. Even though the Adobe instructions for this current security update states that you can run Java 1.7.0_131, I highly recommend upgrading to Java 1.8.

There are no comments for this entry.